Articles on the Internet have created a lot of myths about productivity. Now, all it takes to expose and debunk each productivity myth is just another Internet article – here it is!

There is no argument over the fact that productivity is a good thing to have and it can be developed, improved, and worked upon by anybody – pretty much like any other skill.

Unfortunately, that’s where we’re leaving the “facts” domain and moving to the “myths” territory. Watch your step, my fellow readers, for it is going to be a dark and dangerous path where you may have to lose quite a few illusions and misconceptions.

Productivity Myth N1. Energy Is a Magic Pill That Solves Everything

Despite what countless books by respected authors say and what articles on the Internet written-so-well-you-instantly-want-to-subscribe-to-something may assert, productivity alone won’t make you a superman, a rich man, or simply a better man.

Productivity is like any other skill you have – when trained regularly, it can be improved. Just like knowing a foreign language, or being able to play a musical instrument, or having good visual memory.

For some people and professions, productivity may arguably be more important than others – e.g., when you have a lot of different, more or less unrelated tasks to deal with every day.

In this case, increasing your productivity may actually have a lasting, positive effect and enable you to handle more workload, and, therefore, achieve more – unlike with an assembly line worker, for example, where you just have to perform a certain number of the same routine operations. 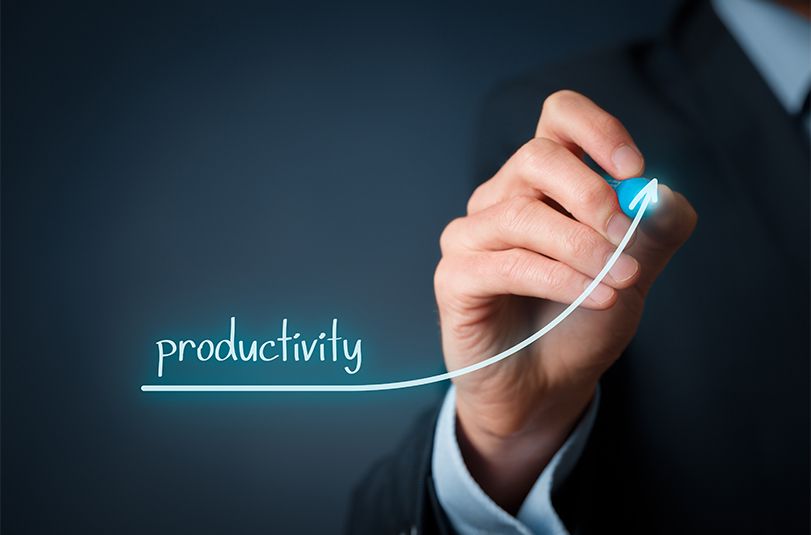 Nevertheless, we all can benefit to some extent from increasing our productivity – but only when there are two important factors involved:

In fact, those are universal principles that work for pretty much any “self-improving” technique or gadget.

…will really help you get well-defined abs without a proper diet and exercise, then you should really talk to the man below – he’ll bring you to reason real quick.

Productivity Myth N2: There Is a Secret Productivity Technique That Has Helped All the Great People Become Great

Another HUGE misconception but, in this case, we’re mixing up cause and effect.

First, the would-be successful people become actually successful – due to a combination of various factors of which luck is not the least one.

Then, these now-successful people explain (in their books, interviews, or speeches) what they think made them successful, or have other people do it for them.

Finally, we, want-to-be-successful people, are sitting home reading a book aptly titled “Top 100 Habits of Successful People” or something similar, where we find out that, let’s say, Mark Zuckerberg:

Are these the only differences between us and Mark Zuckerberg? Does this mean that if we all do the same things, we will soon become billionaires? Highly, highly, highly unlikely.

If this is the case, should we all agree that any kind of advice or tip on productivity from a successful person is complete BS? Absolutely no.

However, we should take this advice or tip with a grain (or two) of salt, treat it as any other productivity technique, try it out, and never expect it to do wonders for us (see Myth #1).

This one kinda overlaps with the previous two so we’ll keep it brief – if you ever tried to lose weight or gain muscle based on some article/video on the Internet and never got to anything, you will know what this one is about.

Different people have different metabolism, body constitution, and physiology in general. Not to mention age, gender, physical activity, stamina, history of illnesses, etc. Therefore, the same method cannot be applied universally to everyone.

Unfortunately, you will have to use your own discretion and judgment to figure out which productivity techniques are worth trying and – guess what! – actually try them to see if they work for you.

Working smart equals success. Working hard doesn’t. It is completely pointless to find more ways to go faster if you’ve been going in the wrong direction all along.

Therefore, before increasing your productivity, you want to make sure you are pursuing the right goals and that your work in general makes perfect sense in the grand scheme of things.

Sometimes all it takes is one quick glance at the situation from an outsider perspective to see that the original point has been lost and there is an urgent need in a pivot.

Lots of example here but, perhaps, the most striking of them all is how Instagram originally started out as a check-in service almost identical to Foursquare (but with ability to post photos) and then evolved into what we know now after having thrown away every single feature but the photos.

A myth only partly. Having (and developing) the ability to handle more than one task at a time is a virtue by all means.

However, sooner or later comes the time when the workload and the number of simultaneous tasks become overwhelming. That’s when you realize that more important than multitasking is prioritizing.

Like this ABCDE system that we mentioned in one of our earlier articles on productivity techniques – having prioritized your tasks for the day/week/month/year, you will never stray from the path you’re on.

“Overcoming obstacles is good. Foreseeing and avoiding them is even better.” – if no one else has ever said it before, then they should’ve.

All motivational books and quotes lead us to believe that we must always seek challenges and constantly fight and swim upstream and be as brave as can be. However, it takes true genius to see past today and be able to foresee the difficulties in order to steer clear of them whenever possible.

Here’s a nice metaphor for you – imagine yourself as the captain of a ship carrying the crew, passengers, and cargo through the wild ocean.

Your goal is not to crush the waves or face the storms. In fact, the safety of your ship along with everything and everyone on it depends on how well you can predict and avoid any harm and danger that may lie ahead.

Alright, most employers know it’s not true but there are still a lot of workers who simply won’t accept the fact that moral satisfaction from work was, is, and always will be greater than any monetary compensation. Simple test to prove this thesis: would you rather work for my “rather promising” startup for $10,000 a month or be a trainee developer at Google for $1,000/mo?

There is, however, a thin line between “acceptable” and “unacceptable” salary usually lying somewhere close to the minimal average for that particular job/position on the market. You shouldn’t cross it.

Most productive people are always motivated by challenging tasks and the sense of belonging to something greater than they are. High salary is also on the list of their priorities but never on the top position.

Another popular misconception perfectly debunked in this article right here “Pros and Cons of Working From Home” – be sure to read it.

It’s all a matter of proper organization. And with modern tools like Screenshot Monitor, you won’t even feel the difference between working at the office and working from home.

Well, it MIGHT be a thing for some rare breed of people called “geniuses” but for most of us common folk it’s not. Anyone can benefit from having some sort of order and organization in their lives.

Sure, you might want to revert to the creative mess after spending some time in a well-organized system but you will gain a different perspective as a result. What’s more “anti-” than going completely 180 on something?

Productivity Myth N10: All This Productivity-Produschmivity Babble Sucks, I’m Too Creative and Original for This Sh*t

No, you’re not. Certainly not if you are reading this article now. 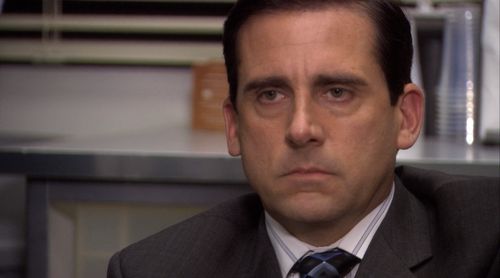 Having read today’s “10 Myths About Productivity That Will Change Your Perception of Things” article, you might be tempted to disregard “productivity” as a concept and ignore it – well, you shouldn’t. Productivity by itself has never been a myth – it does exist.

Realizing that “productivity” is something that doesn’t come “pre-installed” and should be developed, improved, and increased is a great mindset. We only encourage you to treat productivity as you would do with any other skill and steer clear of all the misconceptions.

Hoist the sails and full speed ahead!